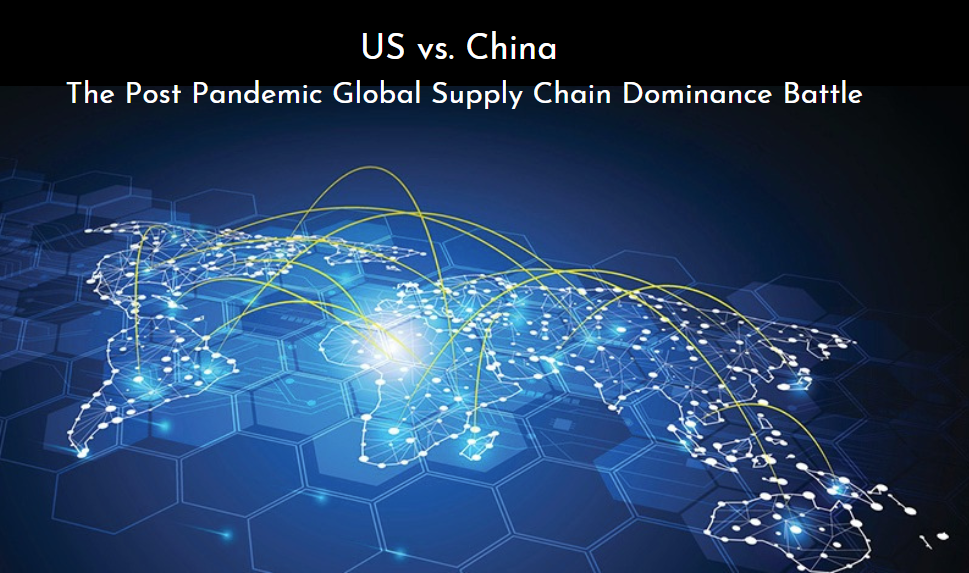 US vs. China – Who Would Control The Global Supply Chain In A Post-Pandemic World?

The COVID-19 pandemic has politicians around the world vowing to take action to limit dependence on China. The US has spoken about bringing the supply chains to the US from China. They have even floated it publicly that some friendly nations in Asia could help produce essential goods. So can the US end China’s control of the global supply chain?

Until the pandemic raided us, the world overlooked the dangers of putting everything in the Chinese basket. As multinational companies remained obsessed with keeping the cost of production low, the western governments allowed colossal outsourcing of industrial and manufacturing capabilities in return for financial gains. China leveraged this opportunity and monopolized the global supply chains.

China soon became the “world’s factory” and simultaneously developed a complex network of internal supply chains and interoperability. This made relocation more difficult, and as a result, the world became even more reliant on China.

China’s role as a dominant supplier of components and goods across nearly all industrial sectors- automotive, pharmaceuticals, technology, consumer goods, and equipment made it impossible to reroute the global supply chains. However, now with the disruption caused due to the coronavirus outbreak, the possibility of removing China’s dominance in global supply chains is being discussed.

How is the US pushing to remove the global supply chain from China?

According to a Reuter’s report, to remove global supply chains from China, the Trump administration is weighing the new tariffs to punish Beijing for its handling of the COVID-19 pandemic. The undersecretary for Economic Growth, Energy, and the Environment at the State Department, Keith Krach told Reuters that they have been working over the last few years to reduce their reliance on supply chains in China, but now they are “turbo-charging” that initiative.

Ahead of the US presidential elections, President Donald Trump has stepped up recent attacks on China and has long pledged to bring manufacturing back home. In May 2020, the President even said that if US cuts-off ties from China, it would “save $500 billion”. The US government is working with countries such as India, Australia, New Zealand, Japan, Vietnam, and South Korea to take the global economy forward. According to Mike Pompeo, secretary of State, the discussions include- how to restructure the supply chains to prevent something like this happening again.

However, many analysts and government officials in the Asia-Pacific region in their interviews, which are in the public domain, have said that any big effort to restructure the global supply chains is still wishful thinking. It would not be easy to dismantle a rooted system when most of the companies are struggling to survive.

Most likely, the COVID-19 outbreak will accelerate the change that was already driven by market forces as rising cost and wages in China in the last decade have led to an exodus of lower-value manufacturing, most of it to South-East Asia. This is despite the desire from a few in the Trump administration to begin decoupling the two biggest economies of the world as the US and China continue to spar over everything from pandemic to Hong Kong to 5G network.

Most importantly, many advantages of China being the global supplier cannot be easily replicated by many countries and regions. The US-China trade war has increased uncertainty and costs for the global supply chain, which has prompted a few businesses to move out of China or adopt a ‘China plus one policy’. However, what remains in China is production that has somewhat limited room to change significantly. Moreover, it’s a hard sell for companies. Many companies in the US have invested heavily in Chinese manufacturing and are largely dependent on China’s population for a big chunk of their sales.

Even if the US government uses executive orders to force US businesses to move out of China or impose exorbitant tariffs, it will be highly undesirable. For example, production may move somewhere else rather than return to the US due to years of stagnation in the production sector and structural change of the country into a service-based economy.

The slow-paced relocation of Apple’s production out of China and the Tesla opening factory near Shanghai are both testaments that China is a critical part of the global supply chain. Decoupling the two largest economies would not be an easy process.

As of now, the idea of ending China’s monopoly on the global supply chain lacks firm footing. The US State Department does not have jurisdiction over trade, and many Asian countries officials have said that there have been no formal talks. Diluting China’s role in the global supply chain will be a slow evolution as China holds the major manufacturing output, which is so huge that even a group of companies would struggle to do just a fraction of it.

It’s not easy to wave a magic wand and say “make it so”. So who would control the global supply chain in the post-pandemic-world – we will have to wait and see. 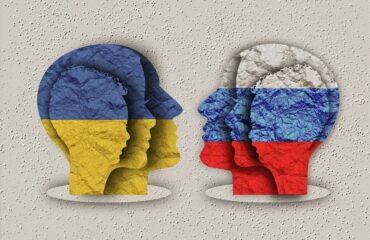 Global Supply Chain Disruptions due to the Russia-Ukraine conflict – An in-depth analysis! 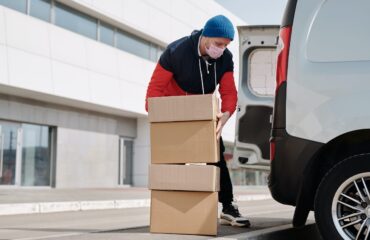