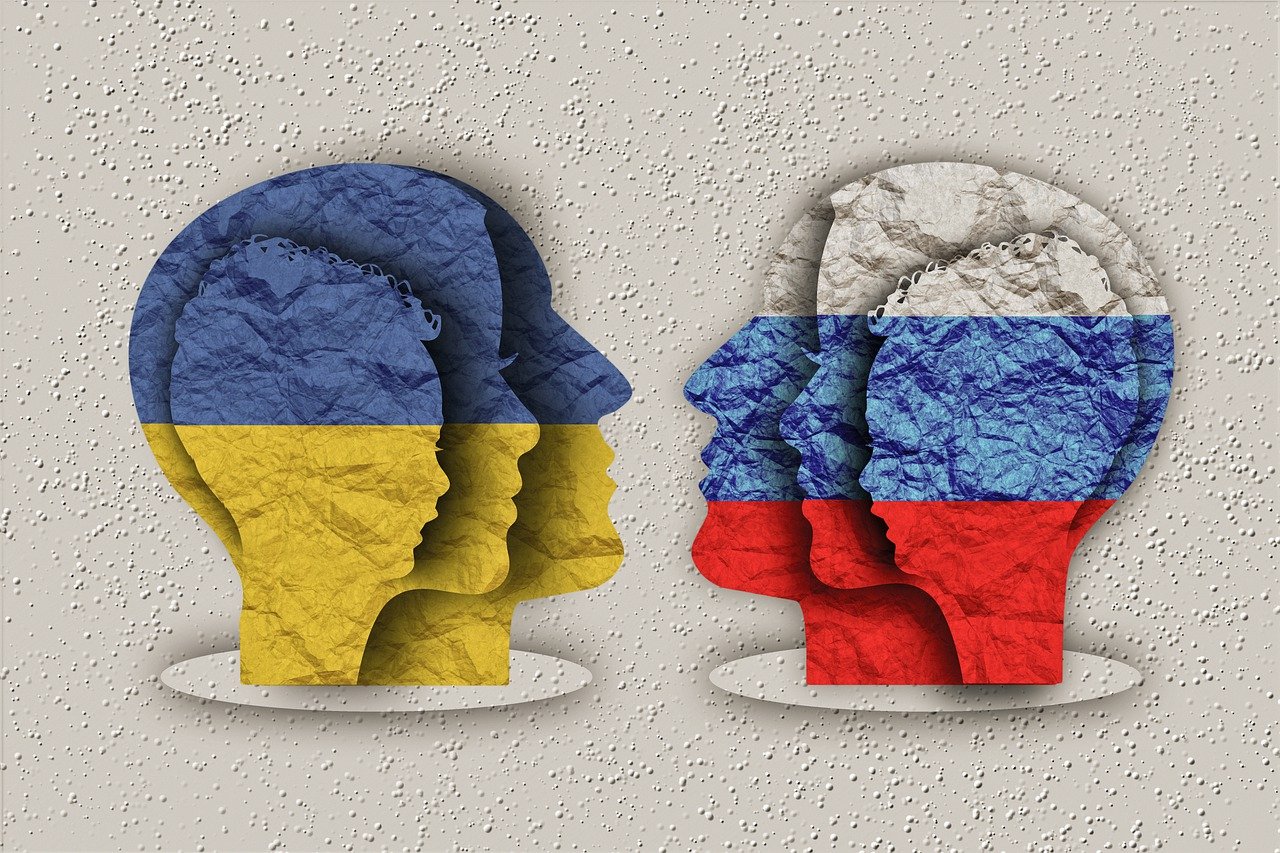 Global Supply Chain Disruptions due to the Russia-Ukraine conflict – An in-depth analysis!

Global supply chains are now facing another challenge after the pandemic led disruptions – the Russia-Ukraine conflict.

The supply chains have been fragile since the beginning of the pandemic, and this military conflict between Russia and Ukraine is only exacerbating the situation for several companies in various industries, especially those reliant on energy resources.

The Russian military invasion in Ukraine, a large country situated at the nexus of Asia and Europe has led to the cancellation or rerouting of some flights, thus putting pressure on cargo capacity and raising concerns about further disruptions in the supply chains. The clash has put at risk global supplies of products like aluminum, platinum, sunflower oil and steel. The situation has led to a rise in energy prices, further raising shipping costs.

Organizations with complex global supply chains such as automakers are witnessing the aftermath of this ongoing crisis. For instance, Volkswagen has announced that shortages of parts would force it to slow down production at its main factory in Wolfsburg and various other German plants. Even BMW is looking at curtailing its production at its facilities in Austria, Germany, and Britain.

The report observed that “Businesses around the globe continue to grapple with inflation brought on by the pandemic as well as commodity price increases brought on by disruptions to the supply chain.”

“Amidst the ongoing volatility are the new consequences arising from the Russia-Ukraine crisis that could leave the world facing extended reductions to energy supply, severe sanctions that will likely impact food security as well as rare metal supplies needed to sustain production of key technologies.”

“All this coupled with a significant humanitarian crisis makes the unrest even more complicated,” the report stated.

The most adverse impact of this crisis will be felt in European countries that are beneficiaries of Russian natural gas and oil. About 41 percent of Europe’s natural gas supplies and approximately 34 percent of crude oil imports come from Russia.

Uncertainty over the crisis, however, will lead to a surge in natural gas and oil prices across the globe, even if additional supplies outside Russia come to the fore. This will be detrimental to oil importers, however, oil-exporting countries will benefit.

The global production of metals such as nickel, aluminum, iron ore, and copper ore are led by Russia and Ukraine. They are the main suppliers of metals for Europe, about 90 percent of neon, used for chip lithography comes from Russia. The global trade of palladium, an essential component for global chip manufacturing, has also been impacted by this development that has led to an increase in its price by 80 percent.

Therefore, the continuing tension in the region could push the global chip production and supply process into an unfathomable crisis. The automakers, phone and electronic device manufacturers, and many other sectors that are reliant on semiconductor chip manufacturing can be at greater risk due to the conflict.

Another industry that will bear the brunt of this clash is the transportation industry since it has the highest energy intensity of all major industries. Besides that, export controls and restrictions are creating issues as not only customs authorities but even the freight forwarders have to make themselves aware of the new rules about thousands of various products and technologies that are traded between the EU and Russia.

Furthermore, the train lines for cargo between China and EU through Belarus and Ukraine are presently disrupted. This is critical in both directions for imports of raw materials and components as well as export of finished goods. Air transport has also been affected, the closure of Russian airspace to Western airlines has led EU logistics companies to halt shipments till further notice. The shipments to Ukraine and Belarus have also been impacted.

Logistics and transportation are key to wide range of industries from processed food to advanced industrial manufacturing and affect particularly those that depend on inputs from various parts of the world.

Russia and Ukraine are some of the largest producers of food items across the globe. Both account for over 25 percent of the world’s trade in wheat, about 80 percent of sunflower oil exports, and about 20 percent of corn sales.

The sunflower oil shortage could affect makers of potato chips and the cosmetics industry. Ukraine is the second-largest exporter of wheat and if the conflict is prolonged the disruption will certainly trickle up through the supply chain, resulting in a higher cost for consumers for several products that contain wheat, especially in Europe, the Middle East, and North Africa. The food prices have soared due to the disruptions in the global supply chain, snowballing the risk of social unrest in poorer nations.

Russia also produces large amounts of nutrients, like phosphate and potash that are key ingredients in fertilizers, which enable crops and plants to grow and if that is removed from the field for some crops that could result in less yield.

How is the world reacting to the crisis?

Global shipping giant Maersk has recently announced that it would temporarily suspend all shipments to and from Russia by air, ocean, and rail, except for food and medicine. Similar suspensions have been announced by Hapag-Llyod, Ocean Network Express, MSC, and other world’s major carriers.

International organizations are also trying to comply with widespread financial sanctions and exports controls imposed by the US, Europe, and several other countries that have placed restrictions on the movement of money and goods from and to Russia.

The Western governments have made a move to exclude certain banks in Russia from using the SWIFT messaging system, limit Russia’s central bank’s ability to support the ruble, cut-off shipments of high-tech goods and freeze the global assets of Russian business leaders and politicians.

According to the Biden administration, technology restrictions only would stop about a fifth of Russian imports. However, the impact on trade from the financial sanctions is likely to be even bigger, clamping down Russia’s imports from and exports nearly all of its major trading partners.

European countries continue to impose massive costs on Russia while cutting down their banks off to stop them from conducting financial transactions across the globe. The EU sanctions also include export limitations for dual-use goods and technologies, exports ban for space and aviation industry and additional defence technologies.

However, the economic consequences of these steps are not clear so far. Russia accounts for less than 2 percent of global domestic product, therefore implications for other nations may be rather limited.

The domino effect on the global supply chains

The global companies that have factories in Russia and Ukraine will have to bear a major brunt in case the conflict prolongs and the sanctions against Russia are further expanded. This will, in turn, increase the risk of creating a domino effect on supply chains that concern important sectors post the global pandemic.

The Russia-Ukraine conflict has disrupted the flight networks of the companies that use to deliver goods globally. Dozens of cargo vessels have been halted since the shipping ports around the Black Sea have been closed. However, more instant effects are likely to be felt in air shipments between Europe and Asia, which now have to divert around Russia’s airspace. This will lead to longer travel time and more spending on fuel.

According to an analysis by a logistics company, Flexport, flights along major trade routes have slowed somewhat. Longer travel time could create cascading backlogs and delays for industries that rely on airfreight, including semiconductors, electronics, and fast fashion.

While the world is coming back to normal after the Omicron variant-driven chaos globally, a new challenge that has emerged seems to have no end in sight so far. With the fluid nature of what is happening on the ground and constantly changing nature of sanctions is only adding to the uncertainty.

The Russian military operation in Ukraine is cutting supply chains and setting off a clamber among the global companies to comply with new sanctions. The clash between two nations brings along new challenges after two years of pandemic-led disruptions for the global trade and economic system. However, the load of economic impact the Russia-Ukraine conflict will have on global supply chains will axis on how long the crisis lasts. 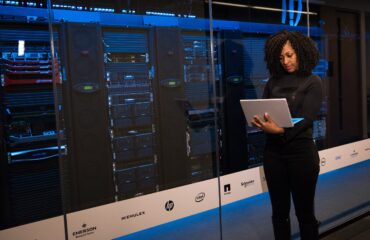 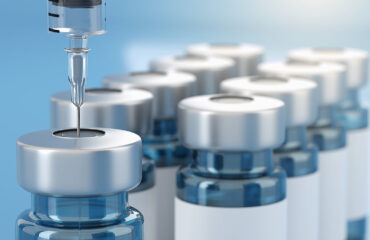 Is The Global Supply Chain Ready For A COVID-19 Vaccine?